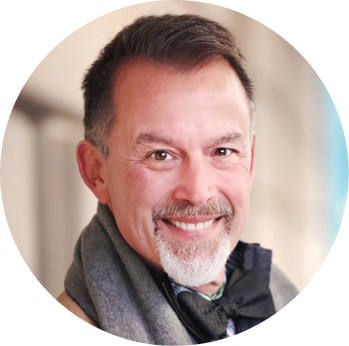 Professor of Voice at The Eastman School of Music

Dr. Jonathan Retzlaff, lyric baritone, joined the Voice and Opera faculty of the Eastman School of Music in 2015 after serving as Chair of the Voice Department at the Blair School of Music at Vanderbilt University where he was honored as the Distinguished Faculty Member of 2011. For over thirty years, he has performed professionally as a soloist in opera, oratorio, recital, and musical theatre. Following his New York debut recital of French mélodies at Carnegie Recital Hall, Dr. Retzlaff has championed the art of the song recital on prestigious concert series including the National Gallery of Art and Phillips Collection in Washington, D.C.; the A. I. Lack Music Master Series at the University of Houston, Texas; and the Bechstein Recital Series in Santa Fe, New Mexico and internationally in Graz, Austria. He has also performed on the Community Concert Series under the auspices of Columbia Artists Management, on National Public Radio, and at colleges and universities spanning the country. Dr. Retzlaff was a semi-finalist in the prestigious Elly Ameling Lied Concours held in The Hague, The Netherlands and the Walter W. Naumburg Vocal Competition in New York.

An expert in the world of Art Song, one can enjoy Dr. Retzlaff's recent book, a must for every singer's studio!

Add to your collection 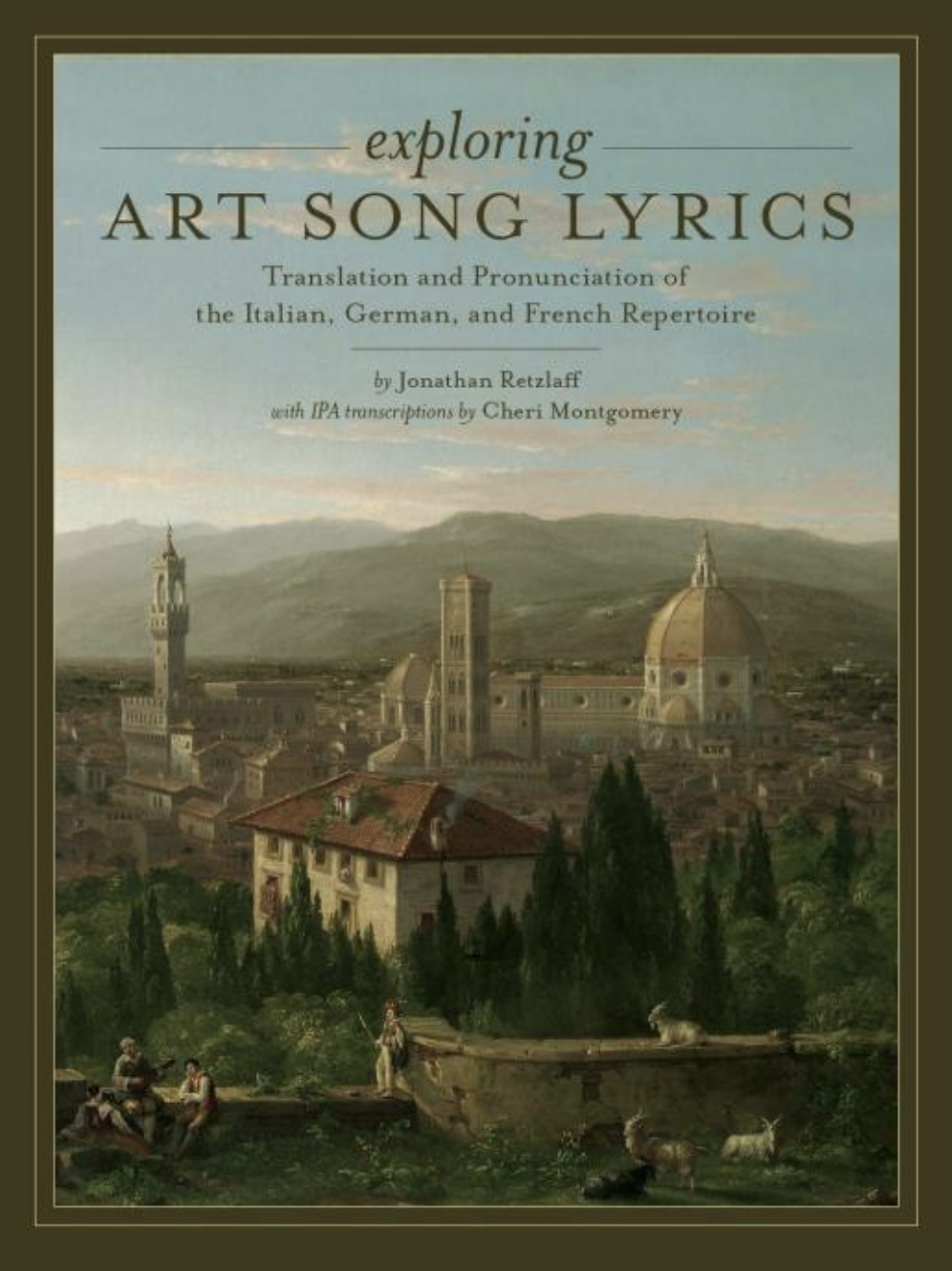 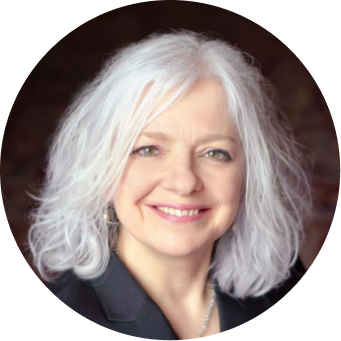 Assistant Professor of Chamber Music at The Eastman School of Music

Born in Québec, pianist Sylvie Beaudette’s expansive career includes work and performing as a collaborative artist, vocal and chamber music coach, teacher, and arts administrator. She has performed with several artists and groups in Canada, USA, and Switzerland, and has recorded with Centaur Records, Oasis, and MMC Recordings. A graduate of the Eastman School of Music, Dr. Beaudette worked as a faculty member at Syracuse University, California State University in Chico, and the Université de Sherbrooke in Québec. She gave lectures in Switzerland and Finland and worked as a French coach at the Houston Grand Opera. She was awarded the 2007 citation from the New York State Music Teachers Association for her musical contributions as a whole. Dr. Beaudette is currently working at the Eastman School of Music as Director of Summer@Eastman and as Assistant Professor of Accompanying and Chamber Music. She is the co-founder and former artistic director of Eastman’s Women in Music Festival (2005-2014). She also serves on the advisory board of the KeyBank Rochester Fringe Festival and as co-chair of the Eastman Centennial Planning Committee. 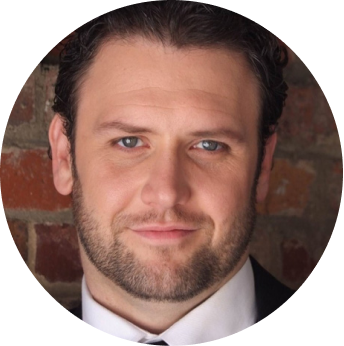 Lecturer in Voice and Opera at The University of New Mexico

American tenor James Flora, hailed for his “resonant, impeccably-trained voice and fearlessness to his singing”, has received acclaim in repertoire ranging from Verdi and Wagner to works by Carlisle Floyd and Daron Hagen where he sang Louis Sullivan from  Hagen’s Shining Brow at Frank Lloyd Wright’s 20th century masterpiece: Fallingwater.  He made his Pittsburgh Opera debut as Fenton in Falstaff, and has since returned for seven productions, including Carmen, Turandot, Lucia di Lammermoor, and most recently as 2nd Jew alongside the Salome of Patricia Racette.  James has performed leading roles in opera companies across the United States, including Alfredo (La Traviata), Tamino (The Magic Flute), Pinkerton (Madama Butterfly), Rodolfo (La Bohème), Don José (Carmen), appearing with companies including Washington Concert Opera, Arizona Opera, Glimmerglass Opera, Opera Company Middlebury, Opera Columbus and others. Equally at home on the symphonic stage, he has sung with the Pittsburgh Symphony, Reno Philharmonic, Erie Chamber Orchestra, and Buffalo Philharmonic, and recently debuted with the La Voz Humana: Lenguajes Múltiples festival in Cuba with Maestro Leo Brouwer and guitar virtuoso Joaquin Clerch. James’ upcoming performances include virtual performances for Resonance Works and Opera Company Middlebury and will make his debut as Florestan in Beethoven’s Fidelio with Indianapolis Chamber Orchestra. Last season he made his debut as Cavaradossi in Tosca with Opera Company Middlebury, where has previously been seen as Nicias (Thaïs) and Mitch (A Streetcar Named Desire). He sang a recital in Lake Tahoe with the Tahoe Chamber Music Society last summer. James has sung with the Metropolitan Opera Chorus under Maestro Donald Palumbo in their most recent productions of Die Meistersinger von Nürenberg and Fidelio. 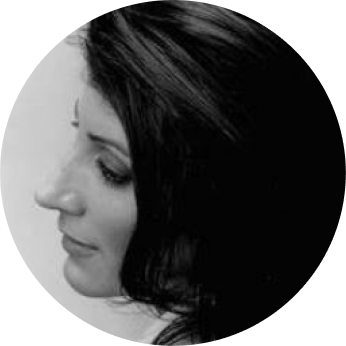 Mezzo-Soprano Reveka Mavrovitis has performed on the operatic stage, in concert, and in musical theater both here in the United States and abroad for more than twenty-five years.

Before singing on the main stage at the New York City Opera in productions of Madama Butterfly (Suzuki) and in the Lukas Foss opera, Grifflekin (Statue), Ms. Mavrovitis sang the title role in Carmen for the company’s National Tour, for which she was awarded the Martin Segal Lincoln Center Debut Artist Award. During these first years in New York City, Ms. Mavrovitis made her solo debut at Alice Tully Hall singing Vivaldi’s Stabat Mater with The Little Orchestra Society, Dino Anagnost conducting, and she made her Carnegie Hall debut singing the alto solo for the Mozart Requiem; she sang in the Brahms Liebeslieder Waltzes for the Feld Ballet Company at the Joyce Theater. Ms. Mavrovitis would appear again at Carnegie Hall singing the title role in the Mikis Theodorakis Opera, Electra ( in greek) and in Pergolesi’s Stabat Mater.

Before moving to New York City, Ms. Mavrovitis attended the young artist program at the San Francisco Opera (Merola Program) for two consecutive Summers, performing in Madama Butterfly (Suzuki) and singing the title role in Carmen. During the time between the programs, she toured with the Western Opera Theater Production of Madama Butterfly (Suzuki) and sang the same role when the SF Opera Center toured Japan. The members of the company studied Japanese traditions,  movement, and coached with conductor Ubaldo Gardini who would become a prominent musical and linguistic influence in Ms. Mavrovitis’ studies. She was thrilled to return to Japan with the SFOC once again to sing the title role in Carmen.

As part of the SFOC, Ms. Mavrovitis sang in performances of Giustino (Amanzio) with Nicholas McGegan and the Philharmonia Baroque Orchestra with whom she would later sing performances of the Mozart Requiem. She was presented in recital by the Schwabacher Recital Series in San Francisco, the Kurt Herbert Adler Series in Marin,  and at Villa Montalvo in Saratoga, California.

In Musical Theater, Ms. Mavrovitis sang at The MUNY in St. Louis in productions of, “The King and I” (Lady Thiang) three separate Seasons over a 12 year period. After the performances at the MUNY during her first season engaged there, The MUNY company toured to Atlanta and Detroit, where Shirly Jones sang the role of Anna. (thrilling!)

No stranger to contemporary music, Ms. Mavrovitis sang a concert of Milhaud songs with the San Francisco Contemporary Music Players and sang Crumb’s Night of the Four Moons with Long Beach Opera. While engaged to sing the Madrigal Singer in Puccini’s Manon Lescaut at the Spoleto Festival, Charleston, she also performed,  “Three Songs to the Poems by Carl Sandburg”, music by Ruth Crawford Seeger.

Ms. Mavrovitis studied Music/Vocal Performance (B.A. and M.M.) at the University of California, Santa Barbara. During her senior year of studies, Elizabeth Mannion, the great American mezzo-soprano joined the faculty. Ms. Mavrovitis worked with Mrs. Mannion’s assistant, Bill White for a year until Mrs. Mannion accepted her into her studio for three years of graduate school. Mrs. Mannion would continue to teach Ms. Mavrovitis as she entered her professional career.  Martial Singher would be an important influence on Operatic and Song Literature. Ellen Porter, who studied with Souzay and the Guild Hall would give invaluable stylistic guidance for French Melodies that Ms. Mavrovitis would hear nowhere else. It was at UCSB that Ms. Mavrovitis began to work with Dr. Fiora Contino, a composition student of Nadia Boulanger. Maestra Contino engaged Ms. Mavrovitis to sing with her a number of times at Illinois Opera and would have a prominent role in Ms. Mavrovitis repertory studies, from Bach to Kern. 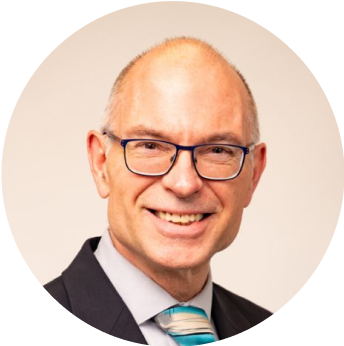 Pianist Russell Miller has been a coach and teacher of vocal repertoire at Eastman since 1995. He has performed throughout the United States and abroad as soloist and chamber musician. Notable collaborations with vocalists include recitals with Jan Opalach, Anthony Dean Griffey, Jonathan Retzlaff, Frederica von Stade, Julia Broxholm, Robert Swensen, and Marilyn Horne. In October 2012, he was privileged to give the first North American performances of four newly discovered songs of Claude Debussy with soprano Elizabeth Calleo as part of Eastman’s “Prismatic Debussy” festival organized by Eastman’s Associate Dean of Graduate Studies, Marie Rolf. For twelve years he was the musical director for the vocal quartet “SATB”, which performed a wide variety of repertoire from classical chamber pieces to Broadway.